Live From Tampa: RNC Rules Dust-Up and Rand Paul is a Big Hit 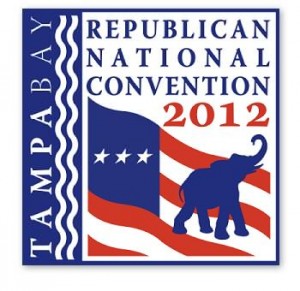 A confident Romney campaign managed to engineer a breathtaking coup at the Republican National Committee.

As a result of a lopsided vote, for the first time in memory, the RNC Committee itself will now be able to change the party’s rules. This is a marked change from the current system where the RNC rules could only be modified once every four years by a vote at the National Convention.

What are some of the things that can be changed via manipulation of the RNC’s rules?

Want proportional representation in presidential primaries? Or how about deciding when the primaries will take place? Or how many votes a candidate needs to win the nomination? Whether or not delegates can be selected using an open primary? Some changes in the rules could change the very essence of what it means to be the Republican Party.

Conservative icon Morton Blackwell, the long-time National Committeeman from Virginia, fiercely resisted this change, quite forcefully. It’s the strongest language Blackwell has ever spoken at an RNC meeting — this from a man who has serves on every Rules Committee at every convention since Goldwater’s nomination in 1964.

Blackwell said that this change is a two-edged sword. I guess I theoretically will have more influence than before — it is Romney, should he win, who will be the big beneficiary. It’s clear that Romney, Inc., intends to exercise maximum authority over the RNC. But that’s not new, every GOP President has done so since Abraham Lincoln.

Later on in the day, after the RNC meeting I was the guest of Fred and Suzi Wehba at a reception at a meeting of the powerful and clandestine Council for National Policy. The CNP is a powerhouse of successful social conservatives. In face, there is no Republican politician that would not be falling all over themselves to be invited to speak to this group. 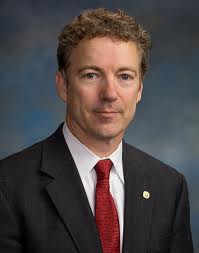 That said, the featured speaker for Friday night was not a social conservative, it was United States Senator Rand Paul of Kentucky. I was curious how an outspoken libertarian would be received by this crowd. Senator Paul focused on three points. First he contrasted yesterday’s slavery compromisers vs. the abolitionists. He noted that one of Kentucky’s famous Senators was noted compromiser Henry Clay — whose desk Senator Paul was assigned. Clay was very controversial because of his ongoing compromise on the great moral issue of slavery.

Paul noted that moderates then and now who talk about the grand compromises often leave a disgraceful legacy in their aftermath.

Paul noted that those who fiercely oppose abortion are the real heroes, made up of the same moral caliber of those who oppose risked everything to oppose slavery.

Finally Senator Paul emphasized there will inevitably be a day of reckoning with out-of-control spending. Why stop at the auditing the Fed? Senator Paul proposes auditing all government agencies including the Pentagon — then having the courage to eliminate several cabinet offices

His speech was effective and smartly short. The crowd loved him.

This was my first view of Senator Paul — as he continues to brighten his reputation while making friends with social conservatives.