The Climate According to CA Sen. Kevin de Leòn

The air we breathe today in California is the cleanest since the Environmental Protection Agency’s Clean Air Act was passed in the 1970s. Despite this fact, the day before Thanksgiving, the EPA released its proposal to “strengthen” ground level ozone emissions known as smog.

Current EPA ozone regulations set the nationwide limit at 75 parts per billion. The EPA is considering lowering it to 60 parts per billion, making the National Ambient Air Quality Standards for ground-level ozone and several other pollutants significantly more restrictive.

Ozone is the invisible gas in smog that the EPA says irreparably damages the lungs and causes asthma sufferers more harm.

The Gov Started It

In his January State of the State address, Gov. Jerry Brown  said he wanted the state to reduce petroleum use by 50 percent, have 50 percent of electricity come renewable sources, and increase energy efficiency in all existing buildings by 50 percent — all by the year 2030.

Rather than stick with the current goal of 33 percent renewable energy by 2020, as outlined by the Renewable Portfolio Standard, (passed by the Legislature and signed into law by Gov. Brown in 2011,) Brown upped the anty. In a move reminiscent of President Barack Obama, Brown just cast that legislation aside.

The California Air Resources Board has also moved the goal line. The Global Warming Solutions Act of 2006, also known as AB 32, charged the California Air Resources Board with the responsibility of reducing California’s greenhouse gas emissions to 1990 levels by 2020. This represents a 25 percent reduction statewide. However, the CARB took it one step beyond, and instead adopted the United Nation’s new goal: “To avert catastrophic warming,” the world’s scientists have concluded we must reduce GHGs to 80 – 90% below 1990 levels by 2050.”

Many believe the motive is entirely economic by the “world’s scientists,” who want to maintain existing funding, as well as keep future funding flowing in. In order to do this, they must go along with the EPA’s and CARB’s goals.

Protecting the Most Vulnerable

The EPA and the CARB board insist their goals are the protection of the most vulnerable in society. It’s difficult to believe the EPA and the CARB are sincere when the EPA has been conducting diesel exhaust experiments on children at UCLA and USC. The U.S. Environmental Protection Agency paid the University of Southern California and the University of California, Los Angeles to conduct experiments on children, to determine whether exposure to diesel exhaust harms humans.

According to the EPA and CARB, smog causes everything from cardiovascular disease, to chronic obstructive pulmonary disease (COPD) and asthma. The big question is how can the UCLA and USC professors be so adamant on the lethality of particulate matter, and then conduct experiments of these particulates on children?

According to legal experts, the experiments are illegal under the Nuremberg Code, federal regulations and California state law.

At a 2012 hearing of the South Coast Air Quality Management District, Professor Rob S. McConnell from USC and UCLA told the board, “Ozone and PM2.5 are making Southern Californians sick and die at greater rates that would occur otherwise.”

Rob S. McConnell is Professor of Preventive Medicine and Deputy Director of the NIEHS/EPA-supported Children’s Environmental Health Center. His research interests include effects of air pollution on the development and exacerbation of asthma, and he is the principal investigator of a large prospective cohort study in the Children’s USC Health Study to investigate these relationships. His work examining the associations between ozone and fresh traffic emissions with the development of asthma has contributed to the current policy debate on proper regulation of these exposures.

At the same SCAQMD hearing, UC Irvine professor, Dr. Robert Phalen, Ph.D., CIH, said in 50 years, the agerage person will not have ingested any more diesel exhaust than the equivalent of three pinches of salt.

Dr. Phalen and Dr. James Enstrom, a 34-year Ph.D. with UCLA, dispute the EPA and CARB diesel regulations, based on scientific fact. According to Enstrom, the single most important thing about science is the pursuit of truth to the greatest extent possible, using the scientific method. This philosophy didn’t set well with UCLA, which fired him for disagreeing with their philosophies. 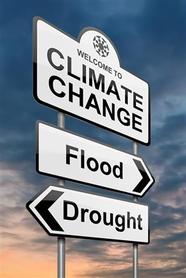 from The Travel Trade Climate Change Toolkit, also referenced by the WhiteHouse.gov

Whose Smog Is It?

Under De Leòn’s plan, the California Air Resources Board would be allowed elevated authority to establish new programs to reduce gas use in cars and trucks by 50 percent. This means more and stricter regulations on businesses, manufacturing, agriculture, automobile owners, food processors, developers and contractors… and on consumers and taxpayers.

If the air we breathe is so much cleaner today than in the 1970’s, where is this smog coming from?

Roughly 90 percent of China’s large cities did not meet national air quality standards last year, according to the country’s environment ministry, e360 Yale Digest reported. “Only eight of the 74 cities monitored by the ministry met standards for pollution metrics such as ozone, carbon monoxide, and fine particle concentrations, according to a report published on the ministry’s website.”

That would explain why eighty percent of the ozone settling in the Central Valley is not from north America. In the Los Angeles basin, 63 – 76 percent is from outside sources.

But this information probably doesn’t fit the philosophy of UCLA, the EPA, or the CARB — or that of Sen. De Leon or Gov. Jerry Brown, or the White House.