“If it moves, tax it. If it keeps moving, regulate it. And if it stops moving, subsidize it.”

Despite California’s highest-in-the-nation taxes, a couple of Assembly Republicans have allegedly agreed to vote for Gov. Jerry Brown’s tax on health plans in the State of California. 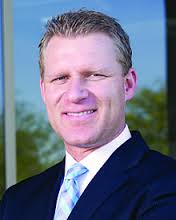 Even if Brown is able to convince health insurers, he needs a two-thirds majority vote from the Legislature. And this is where Republican votes come in. Currently, Democrats do not have a supermajority, and need to peel off a couple of Republican votes for tax increases.

Predictably, Brown has been trying to convince Republicans his health plan tax is really “tax reform.”

“This is not a tax increase, no matter what anyone tells you,” he said during his State of the State address.

“It will be pretty easy to tell if this is a tax increase, or some sort of revenue neutral swapping of one tax for another,” said Jon Fleischman, publisher of the Flash Report. “If the bare number of GOPers necessary to pass it go up — tax increase.  If it a sweeping, broad vote of Republicans — tax reform.”

Following Brown’s address, Assembly Minority leader Chad Mayes, R-Yucca Valley, told media he had not ruled out his caucus’ support, but said he wants assurances that the taxes would not be passed along to customers through their health insurance premiums.

“We will not support a tax that hurts consumers,” Mayes said in a statement.

Yet Wednesday, rumors were flying at the State Capitol that Mayes and a fellow Republican Assemblyman had agreed to vote for Brown’s tax increase after meetings with Brown. Calls to Assembly Minority Leader Chad Mayes’ office were not returned, despite requests to dispel or confirm that Mayes has been identified as potentially supporting the tax increase. And offers for an email response late into last evening also did not result in a response.

In an unprecedented move, Chad Mayes is also the new Assembly Republican leader who nominated Democratic Assemblyman Anthony Rendon to be Speaker of the Assembly, after offering assurances to members he would not.

Only health plans which serve California’s Medi-Cal patients, California’s health care coverage for welfare recipients, currently pay a 3.94 percent tax. Brown’s tax proposal would require all health plans in California to also pay the tax, which is set to expire in June 2016.

In his State of the State address, Gov. Jerry Brown boldly claimed that his administration had figured out a way to keep federal funding of Medi-Cal, and even dangled the new tax on managed health care plans as a way to bump to state spending on services for developmentally disabled Californians, but only if lawmakers vote for the tax plan.

“We need the [managed care organization] tax now — this month,” Brown said. “We’re going to get it. We’ve got to get it.”

According to the Brown administration, if the tax were allowed to expire, the state would lose $1.1 billion in matching federal funds.

According to news reports, the Obama administration threatened to pull federal funding if California doesn’t comply with the administration’s claim that all health plans must be taxed.

Following Brown’s health plan tax announcement, Assemblywoman Melissa Melendez said it was “unconscionable” for the governor to tie state funding for the developmentally disabled to a tax the state does not need, the Mercury News reported. “Frankly, it’s inappropriate to suggest new taxes or tax increases when we have a surplus,” said Melendez, R-Lake Elsinore, who also serves as vice chairwoman of the Assembly Budget Committee.

The Los Angeles Times reported the Brown administration’s package of tiered tax rates would result in an overall financial gain to the (health insurance) industry, another questionable boon to an already rich industry.

I’m in regular communication with the Howard Jarvis Taxpayers Association, and their position on tax proposals like this is that if citizen taxpayers take a hit, HJTA opposes.

“After being lied to about being able to ‘keep our doctor and keep our insurance,’ now we are supposed to believe the governor?,” Senator Andy Vidak, R-Hanford, said in a press statement Wednesday. “Fool me once, shame on you, fool me twice, shame on me. We won’t be fooled again.”