John Cox: Putting Citizens Back in Charge of Government

California’s promise of opportunity for everyone has been all but eradicated by gross political mismanagement, political corruption, and watered down representation. It’s time to drain the swamp in California politics. 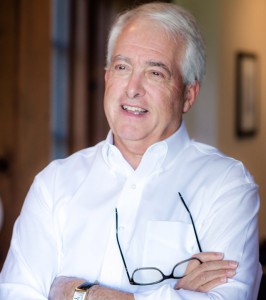 They may get their wish if John Cox has anything to say.

Cox, who is running for Governor, and is the author of the Neighborhood Legislature, wants to return the California Legislature to the people by increasing representation. Because, for democracy to work, it must be representative democracy. It must be a government of, by and for the people.

“There are two Californias — the one we have, and the one we could have,” Cox said in a statement. “The California we have is in trouble, and we need to do something about it.”

Is there any wonder you don’t know your legislator?

John Cox believes the surest way to guarantee outreach to the many different ethnic and cultural communities in California, as well as the growing population, is to increase the size of the Legislature, and do it from your neighborhood.

Cox is a conservative who favors free markets, personal responsibility, individual liberty, and the ability to create your own opportunities in life, which is what he’s done.

The Art of the Scandal

Scandals and corruption remind people of the shady underpinnings of politics, and the temptations lurking around the Capitol that some lawmakers are just incapable of resisting.

California’s promise of opportunity aren’t what they once were. California’s children, who once attended the best schools in the nation, are today thwarted by one of the most dysfunctional and poorly managed school systems in America. California families live in one of the highest cost-of-living states, ironically also with the highest poverty rates in the country, and a tepid job market that makes it nearly impossible for many citizens to make ends meet.

What Happened to California?

“Jerry Brown’s California suffers the nation’s highest housing prices, largest percentage of people in or near poverty of any state and an exodus of middle-income, middle-aged people,” demographer Joel Kotkin recently wrote. “Job growth is increasingly concentrated in low-wage sectors.”

“The cracks in the 50-year-old Oroville Dam, and the massive spillage and massive evacuations that followed, shed light on the true legacy of Jerry Brown,” Kotkin said. “The governor, most recently in Newsweek, has cast himself as both the Subcomandante Zero of the anti-Trump resistance and savior of the planet. But when Brown finally departs Sacramento next year, he will be leaving behind a state that is in danger of falling apart both physically and socially.”

These are the issues antithetical to John Cox , and evidence of what he wants to reform and change.

Politics on the Local Level

John Cox is traveling around the state promoting a ballot initiative to create a “Neighborhood Legislature.”

In each of the small districts, the elected neighborhood legislator would know most of his or her constituents. “Campaigns in the Neighborhood Districts would be door to door, face to face, voter by voter,” Cox said. “Social media, email and Internet campaigns will be key, and fundraising will be almost non-existent and of little effect.”

This could be the reason so many of California’s political elites aren’t crazy about the idea. Political consultants would be virtually unnecessary for legislative seats, and the current crop of political elites would have their power and influence greatly diminished. While this is appealing to liberty-loving Californians, those now controlling the state would lose out.

Changing the system would mean that each Neighborhood Legislator would be elected by only a few thousand voters — his neighbors — instead of 500,000 in Assembly districts, and 900,000 in Senate districts.

Prepare to get used to hearing the name John Cox… not just in the John Galt sense, although there are similarities.

John Cox is also running for Governor of California in 2018. Similarly to Galt, Cox is pushing his own manifesto for individualism and capitalism in an effort to bring our state back to what made it great in the first place.

And like Galt, Cox is not a politician in the usual sense, because he functions neither as legislator nor as administrator. Cox is a business man who knows how to make things happen.

So who is John Cox?

Cox, a traditional “Reagan Republican,” says he is also a Jack Kemp Republican. Kemp, an economic conservative, became known as a champion of “supply-side economics,” enterprise zones, strong national defense and exporting democratic ideals. When Kemp announced his bid for the Republican presidential nomination in 1987, he ran on a platform of tax rate cuts, jobs creation through free enterprise, strong families, and peace through strength… as did Reagan.

You may recall the movement to emblazon state legislators with logos of their donors NASCAR-style. That was a 2016 initiative by John Cox, called the ‘Name All Sponsors California Accountability Reform” (which deliciously spells NASCAR).

The “NASCAR” initiative was a good way for Cox to bring needed attention to the huge problem of quid pro quo in California politics – you scratch my back, and I’ll scratch yours.

“Special interests give money to politicians with the expectation of a return,” Cox said in a statement in 2016. “If giving $50,000 to a handful of Assemblymen buys them votes or an advocate on the inside, it’s worth the investment. And they don’t have to look hard for politicians who are taking donations.”

The NASCAR measure would have required all state legislators to wear the names or logos of their top 10 donors every time they attend an official legislative function. Cox traveled the state with his display of 120 life size cardboard cutouts of the state’s legislators, decorated with logos of their biggest donors.

Alas, the initiative did not get the signatures needed.  However, Cox made his point.

An attorney and accountant, Cox grew up on the South Side of Chicago. The son of a single mother who taught public school, Cox said her experiences with unions and special interest groups sparked his interest in politics. “She labored under school principals who had achieved their posts based on political corruption. That really left an impression on me,’’ he said in an interview.

Cox moved to California in 2008, where he began his  “Neighborhood Legislature” initiative, which called for dramatically increasing the size of the state legislature by hundreds of members, and “shrinking electoral districts down to the size of neighborhoods.”

Cox said that would mean campaigns would cost far less, and be far less subject to the whims of big donors, and would allow representatives to more intimately know their districts.