The California Legislature has declared and legislated sex “a contractual event,” and redefined consensual sexual relations as “rape” if it occurs on a college campus – but not in their own offices. Perhaps lawmakers should have turned their attention inward to their own Capitol offices where lawmakers have been accused of a great deal of non-contractual sexual events. 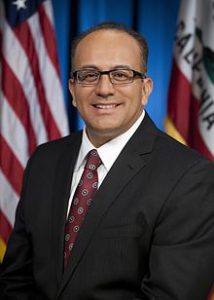 Headlines Monday by KTLA screamed, “San Fernando Valley Assemblyman Raul Bocanegra to Resign Next Year Amid Sexual Harassment Allegations.” But the devil is in the details. The article then states, “Bocanegra announced he will not seek reelection Monday, citing ‘persistent rumors and speculation’ regarding sexual harassment claims.”

‘Not seeking reelection’ is not a resignation.

Remember, sexual harassment is about power disparity, and not sex. Unfortunately for the women, it’s about both.

Surely “persistent rumors and speculation” regarding sexual harassment claims would not prevent Bocanegra from running for a guaranteed reelection if these in fact were just persistent rumors and speculation. However, Bocanegra is accused of sexually harassing six more women, in addition to the first woman who accused Bocanegra of sexual assault, while he worked as the chief of staff in the legislative office of then-Assemblyman Felipe Fuentes, D-Pacoima.

The latest charges come after the Los Angeles Times reported last month that in 2009, Bocanegra was disciplined in a human resources investigation. Elise Flynn Gyore accused Bocanegra, then a chief of staff, of “inappropriate and unwelcome physical contact.”

Bocanegra, who was supposedly “disciplined” in 2009 by the Assembly Rules Committee, just issued yet another quasi-apology:

“I spent my life advocating for the Northeast Valley, fighting for a fair share for our communities and residents,” Bocanegra (D-Pacoima) said in a statement. “It is because of my deep commitment to you, residents of the 39th Assembly District, that I have made the decision to resign from the State Assembly, effective September 1, 2018, and immediately resign my leadership position. I am also suspending my campaign and will not run for re-election.”

In 2009, Elise Flynn Gyore reported to the Assembly Rules Committee about an after-hours work event  when Bocanegra followed her and grabbed her breast. “After an investigation, the Assembly Rules Committee decided it was more likely than not that Mr. Bocanegra engaged in behavior that night which does not meet the Assembly’s expectations for professionalism,’ CBS San Francisco reported. Despite the findings, Bocanegra was only ordered to stay away from Gyore, which is no discipline at all. Three years later Bocanegra ran for Assembly, and had the full support of legislative Democrats.

CBS San Francisco tried to get Sen. Nancy Skinner, D-Berkeley, to talk about this. In 2009, Skinner was in the Assembly and the head of the Assembly Rules Committee. She’s also an outspoken women’s rights activist. She cares so much about women, last January, Sen. Skinner called for the White House to release Melania Trump’s immigration documents. 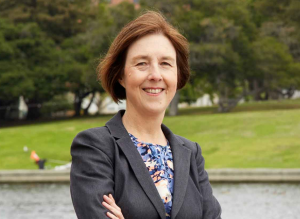 Skinner was silent during Bocanegra’s 2012 and 2016 Assembly campaigns, despite a group of 11 women who wrote to her asking the Rules Committee to release information about Bocanegra’s sexual harassment history so the voters in his district could make an informed decision.

Perhaps Sen. Nancy Skinner should also step down for covering up Bocanegra’s sexual harassment and assisting his election to the Assembly where he allegedly went on to harass more women.

And isn’t it interesting that NARAL, NOW, and the many self-proclaimed feminists in the Women’s Caucus who claim to be champions of women’s rights are rather silent?

Last week the California Senate announced it will hire an outside legal team to investigate all complaints of sexual misconduct and recommend discipline following sexual harassment allegations against Democratic Sen. Tony Mendoza. However, hiring an outside law firm to investigate sexual misconduct would serve to establish attorney/client privilege and maintain confidentiality for lawmakers, and shield key facts from the public and independent law enforcement evaluation.

Ironically, while women were apparently being harassed inside of the Capitol, Sen. Pres. Pro Tem Kevin de Leon, D-Los Angeles — also a candidate for U.S. Senate — authored the 2014 “Yes Means Yes” bill SB 967, signed into law by Gov. Brown, which reclassifies consensual sex on college campuses as “rape.” The bill now allows California colleges and universities to bypass proper police procedures and deal internally with campus sexual violence. California is the first state in the U.S. to require public colleges and universities to adopt a “yes means yes” standard of affirmative sexual consent when dealing with sexual assault crimes on campus. It is still unclear how classifying most consensual sex as rape, will do anything to help real rape victims.

So while California’s sanctimonious lawmakers were legislating sexual contracts between randy college students, they were just fine mixing business and alcohol with their own staff members and lobbyists. Even Sen. Nancy Skinner admitted, “There’s a blur between our work life and our social life.” Really? Who says this? The “blur” between Capitol work life and social life is not a problem for many responsible adults, because there is no “blur.” The American Psychological Association has plenty to say about this.

Ironically, Skinner is among more than 140 women who signed the recent letter detailing sexual harassment inside of the Capitol, demanding that it end. “The best defense is a good offense” is an adage that has been applied to many fields of endeavor, including military combat.

Isn’t that rich? Skinner signed the letter along with women who actually have been sexually harassed and abused by Skinner’s fellow lawmakers, whose actions she covered up?

Skinner’s legislative bio says she’s a social justice advocate – except when it comes to someone in her own party. This is what it means to be hung on her own petard. She’s playing partisan politics over social justice warrior.

Who in the Capitol will demand that feminist, social justice activist, Sen. Nancy Skinner of Berkeley step down for her hypocritical, perhaps illegal, and anti-woman actions? Women like Sen. Nancy Skinner who cover up for sexual harassers are the very reason more women don’t come forward to report these power abusers.