Recently a friend called me a Gladiatrix because I stand up to evil, corruption and wrongdoing – essentially, the corrupt political majority in California. 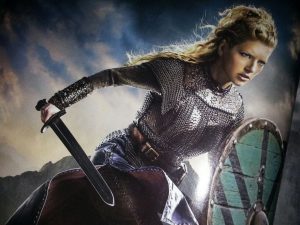 I thanked her and told her that it takes one to know one. She’s a conservative radio talk show host who also exposes the radical left, and is a Gladiatrix in her own right.

In stark contrast to being named a Gladiatrix, last week I wrote about the hysterical barking shrews who attempted to destroy the character of Judge Brett Kavanaugh, nominated to the Supreme Court of the United States by President Donald Trump. Thanks to these outrageous women, it is now dangerous to be an American man in the #MeToo era.

The shrieking harpies, while clawing at the doors of the Senate hearing room, had no coherent argument against Kavanaugh’s confirmation other than to screech that he will outlaw late term abortions and overturnRoe v. Wade. They apparently did not care to discuss or debate his 300 judicial decisions in 12 years as a Judge on the U.S. Court of Appeals for the District of Columbia.

Meanwhile, as these barking shrews acted out their hatred of men, Gladiatrix women went to work, homeschooled their kids, mentored their daughters, and showered their husbands and sons with love.

And we told these barking, screeching harridans to screw off.

“The good women of America aren’t buying the faux delirium of the pink-hatted hysterics, and I’m one of the good women of America. We are married to gentlemen, and we raised strong sons who are are also gentlemen. We work, we are employers, we contribute, and we faithfully vote because we are diehard American Patriots. And they are simply entitled haters, whiners, and losers who can’t articulate in a single sentence why they are marching,” I wrote in January 2018 in The Ludicrous March of the Ugly Pink-Hatters.

These lefty harpies have discredited themselves and their cause. Good, normal women not only appreciate men, we treat them with dignity and respect, and we raise them to do the same with women. We also love the fact that men are men, dudes, badasses, heroes, brave, tender, and occasionally insensitive, competitive, brash, tough, boorish and valiant… reminding us they are men, and not created in our image. (Besides ladies, we have our own issues…)

I pity you men married to shrews and leftist women who berate and mock you for wanting to take care and protect them – or the men who have silently tolerated their overbearing feminist wives for decades. Is it any wonder when some couples divorce after retiring?

I’ve written for many years about the feminist movement and the horrific crimes perpetrated on young women by feminists, and on men and boys of all ages. The feminist movement, which is also an arm of abortion provider Planned Parenthood, is in denial about human nature, and is hell bent on enslaving our boys and turning all of them into subservients wimps.

“Feminists” who emasculate their husbands and sons, justify their behavior because of the “war on women.” There’s no war on women, but there is a war on decent men and innocent boys. And there is a war on common sense and stating the obvious. The left has cowed conservatives into silence, policing the language conservatives would use to point out how absurd the left is. This is why I talk about how important it is to speak your mind, and stop self-censoring “politically incorrect” language. Speaking the obvious and acknowledging common sense is most important.

The absurd notion of “female empowerment” amounts to nothing more than the march of ugly, angry female leftists demanding rights they already have, and who don’t understand that the rest of us are laughing at them.

Leftist feminist women are trying to dominate/destroy our youth through their envy and hatred of men. Their denial of their own power to unite, or the power to divide, is significant. Women have amazing power, but when used destructively is devastating. This is why Shrieking Dem Harpies  have turned #MeToo and #BelieveWomen, into #HimToo and #NotAllMen – feminists just can’t be believed, but you can believe  the Gladiatrix, and should never discount our force.