On the eve of the Independence Day, farm workers at Gerawan Farms received notice that their employer is proposing a wage increase to $11.00 per hour. 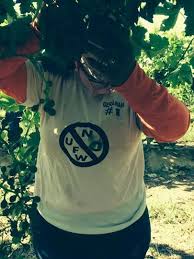 While peach and table grape grower Gerawan Farming demonstrates its workers have the freedom to earn the highest industry wages, the Agricultural Labor Relations Board and United Farm Workers labor union continue to deprive the workers of the right to choose.

The ALRB is steadfast in its effort to force a contract on the workers they obviously do not want. The workers knew the contents of that so-called contract when they voted on November 5 to decertify the UFW labor union. In the spirit of Independence Day, the ALRB should finally count the ballots and let freedom ring for the workers.

“Mr. Gerawan has always helped us,” said Silvia Lopez, a 16-year employee at the farm. “He gives us the highest wages and works with local companies so we have discounts on medicine, car insurance, cell phone plans and other benefits. We are happy to see that he has continued that commitment with his proposed new minimum salary of $11.00 for full-time employees.”

Lopez has been fighting since October 2012 to petition the ALRB for a decertification vote. She personally gathered thousands of the workers’ signatures, which the ALRB disqualified three times. Finally, under pressure, the ALRB allowed a decertification election to take place in November 2013. But the ALRB has kept the ballots locked up, refusing to count the votes, or publish the results of the election, claiming some nebulous interference by Gerawan management.

Lawsuits ensued. Lopez is suing the ALRB and UFW in federal court for civil rights violations and denying her and other farm workers’ the right to a free and fair election. They demanded the votes be counted.

Gerawan Farming filed a constitutional challenge against the Agricultural Labor Relations Board, with the United Farm Workers of America named as a “Real Party of Interest,” with the California Court of Appeal, Fifth District in Fresno, challenging the ALRB’s invocation of the California’s Mandatory Mediation and Conciliation Statute. The mandatory mediation statute was signed into law by Gov. Gray Davis in 2002.

Gerawan Farming, a family-owned company, has a long history of paying the industry’s highest wages. The boost of its base pay wage from $10 to $11, is significantly higher than the base for grape harvest and packing.

“Our employees tell us that one of the many reasons they enjoy working on our farm is because we pay the highest wages,” Mike Gerawan, co-owner of Gerawan Farming, said in a statement. “With the state minimum wage increase now in effect, the timing was right for yet another increase for our hard working, committed employees. They’ve earned it.” 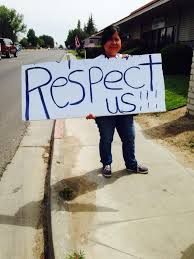 The UFW abandoned workers at Gerawan Farms more than 20 years and showed up out of nowhere last year and demanded to negotiate a new contract that will require employees to give the union 3% of their pay or the union can fire them.

“This is why we don’t need the UFW and why we are trying to get rid of them,” Lopez has told me numerous times. “We are already paid well by an employer who respects us. This new minimum salary is more than the UFW’s contract they are trying to force on us, and we don’t have to give 3 percent of our money to a union that could easily abandon us again after taking our money.”

Read my latest stories about the workers’ fight against the UFW and ALRB:

Democrats To Farm Workers: Shut Up and Vote (for us …

Justice for Gerawan Farm Workers in the hands of …

Berkeley interferes in farmworkers’ campaign on behalf of …