Last week I wrote about the recent revocation of the Humane Society’s charity rating by Charity Navigator. Thursday, Sacramento Humane Society lobbyist Jennifer Fearing responded. However, Fearing did not address the primary issues in my story with the HSUS: $25.7 million of charity money in offshore investments, an IRS lawsuit against the Humane Society for inflating revenue on its tax return by writing off fundraising costs as charity, and the omitted key details from her explanation of the Ringling Bros. lawsuit which led to the charity rating revocation.

The recent piece attacking The Humane Society of the United States (Katy Grimes, July 9) is full of inaccuracies. These invented facts come straight from the playbook of Richard Berman, a Washington-based spin doctor. Berman runs, and profits handsomely from, a shadowy web of nonprofits that are secretly funded by big corporations.

Just the facts and a few official documents

“Buried in HSUS’s latest tax return is the non-profit’s admission that it made ‘investments’ totaling $25.7 million in the ‘Central American and the Caribbean’ region, according to the 2012 IRS Form 990 for the Humane Society,” I explained in my original story. 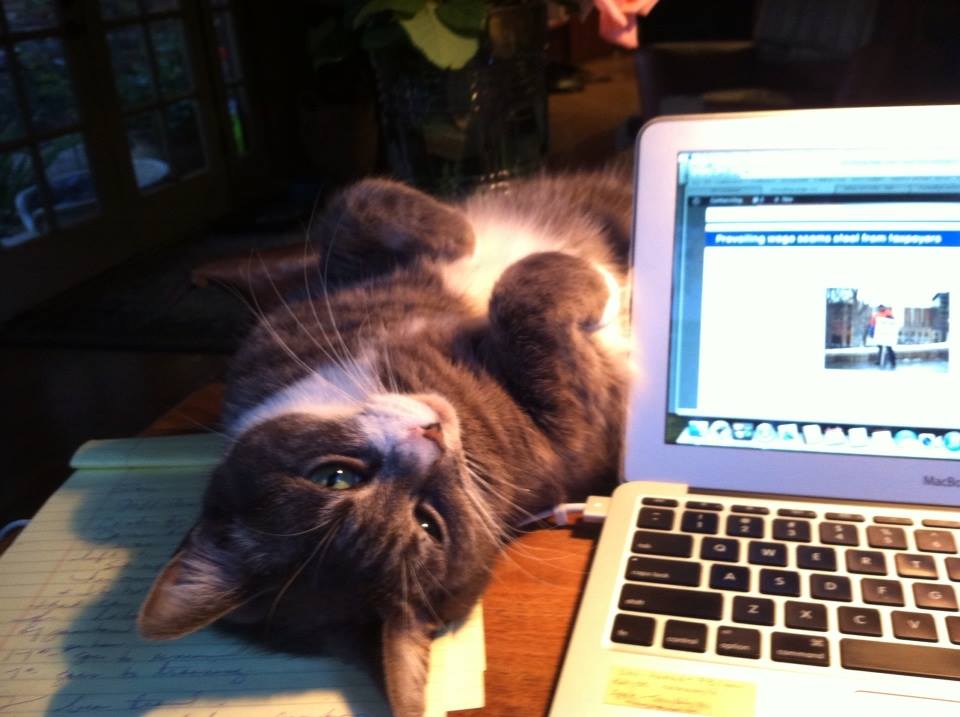 HumaneWatch.org filed an official IRS complaint against the Humane Society for inflating revenue on its tax return.

Charity Navigator initially downgraded the Humane Society’s score to a C- following the IRS complaint, and eventually revoked any recommendation or rating for charitable contributions following the settlement in a lawsuit.

These are not “invented” facts as Fearing claims.

Fearing referred to the Better Business Bureau’s Wise Giving Alliance, and said the HSUS meets all 20 of its standards for charitable accountability. I looked into the BBB records for the HSUS and found the Humane Society financial records are from 2011 – and do not yet include the 2012 IRS form 990 showing that the HSUS made offshore “investments” totaling $25.7 million, nor is there any mention of the HSUS inflating revenue on its tax return by claiming 25 percent of the budget spent on direct mail, is charity spending.

Additionally notable is Fearing’s citing the Better Business Bureau’s Wise Giving site as a credible backup. USA Today exposed the Better Business Bureau Wise Giving program in 2012 for receiving “up to $15,000 annually from charities that pay to use its seal of accreditation from charities that flunk other evaluators’ criteria.

“…it does confuse the issue when you have a seal, and when it is not clearly evident to consumers that the seal was purchased,” said Rick Cohen, former executive director of the National Committee for Responsive Philanthropy.

Fearing said Charity Navigator issued a factually incorrect “donor advisory,” and claimed the error was the result ” solely because of a legal settlement between the HSUS, and other parties reached with the owner of the Ringling Bros. and Barnum & Bailey Circus.”

The facts surrounding the case – a federal Racketeering case – are much more detailed than Fearing stated. “Charity Navigator’s donor advisory penalizes animal welfare organizations for advancing their mission through advocacy work and for defending themselves in court against scurrilous charges,” Fearing said. “The HSUS was never even a plaintiff in the original case against Ringling Bros., and essentially worked to protect itself from a lawsuit launched by a company with a history of Animal Welfare Act violations.”

Fearing is correct that HSUS wasn’t a plaintiff in the original case, however, after a corporate merger with one of the plaintiffs, HSUS was one of the active parties at settlement time, along with the Fund for Animals, an affiliate of the Humane Society.

U.S. District Court for the District of Columbia Judge Emmet G. Sullivan bluntly described the suit brought by the animal rights groups as “groundless and unreasonable from its inception,” according to the Washington Examiner. The case is ANIMAL WELFARE INSTITUTE, et al., Plaintiffs, v. FELD ENTERTAINMENT, INC., Defendant.

Feld Entertainment,“The parent company of the Ringling Bros. and Barnum & Bailey Circus has received a nearly $16 million settlement from a number of animal-rights groups, including the Humane Society of the United States, ending a 14-year legal battle initiated over unproven allegations of mistreated elephants,” the Washington Times reported in May.

Additionally, Feld Entertainment uncovered evidence that a $2,000 payment to a barn helper who brought the frivolous suit against Ringling Bros., had been paid to levy the allegations against Feld Entertainment. The company filed a racketeering claim against all of the animal rights groups involved, the Washington Times reported.

“The funds paid to Rider appeared to be paid in such a way to avoid ready detection,” said Judge Emmet Sullivan, who sanctioned Meyer for ‘bad faith misconduct’ with ‘deliberate intent to harm,'” The Washington Examiner reported.

The Humane Society and codefendants Fund for Animals, Animal Welfare Institute, Born Free USA (formerly the Animal Protection Institute), Wildlife Advocacy Project, law firm Meyer, Glitzenstein & Crystal and other current and former attorneys from that firm will have to pay the $15.75 million settlement, according to court documents, the Bradenton Herald reported.

Meyer has filed hundreds of animal rights and environmental cases on behalf of activists for those causes.

”For a decade, we’ve received high marks from Charity Navigator, so it’s mystifying that the charity evaluator wouldn’t understand the threats constantly leveled against The HSUS by corporations that use and cause harm to animals,” Fearing said in her rebuttal of my story.

As for Fearing’s comment, “Richard Berman, a Washington-based spin doctor,” I spoke with Will Coggin of Berman’s Center for Consumer Freedom, which runs the non-profit organizations watchdogging HSUS, Mothers Against Drunk Driving, the Centers for Disease Control and Prevention, and others. Coggin said that regardless of what the Humane Society says, one only has to look one layer deep, and the HSUS claims fall apart. “HSUS was caught filing incorrect IRS documents,” Coggin said. “After the racketeering case, Charity Navigator was on the case and changed the advisory.”

“After eleven years, including two appeals, protracted, contentious, and expensive discovery, and a six week trial, the plaintiffs were unable to produce any credible evidence that any of them had standing to pursue their claims. To the contrary, it was conclusively determined that Rider was a paid plaintiff, hired by the other plaintiffs and their counsel, who had a ‘motive to falsify’ his testimony so that he would continue to be paid.”

You can read the Judge’s decision HERE: