My 2016 article, Why Can’t California Farmers Get the Water They Need?, exposed Gov. Brown’s shadow government appointees at the State Water Resources Control Board that ordered the release of massive amounts of water from the New Melones Reservoir and Lake Tulloch, to save a dozen fish, and how Gov. Brown systematically booted a number of qualified people off of the California Water Commission, the body that is deciding how to spend $2.7 billion in public funds for Prop. 1 Water Bond water storage projects. 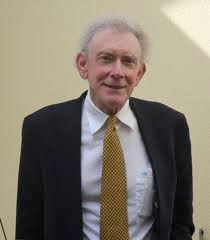 Also revealed was Gerald Meral – a shadowy figure continuously involved in a series of dubious parks, natural resource and water bond ballot initiatives. Meral is also the highly controversial Natural Resources deputy secretary who famously claimed, “BDCP [Bay Delta Conservation Plan ] is not about, and has never been about saving the Delta. The Delta cannot be saved,” as, in April 2013, he directed the BCDP for Gov. Jerry Brown’s effort to build the peripheral Delta tunnels.

Immediately following Meral’s statement, five Congressional members called for Meral’s immediate resignation. They warned “that the Administration’s plan, if unchanged, will devastate the Sacramento-San Joaquin River Delta and the communities that rely on it, a concern that Northern California Lawmakers and other stakeholders have voiced throughout the process.”

Gerald (Jerry) Meral and Joseph Caves (Tom Steyer’s Proposition 65 money man) both submitted proposition language for water bond ballot initiatives a couple of weeks apart, in July 2017. The two initiatives are remarkably similar — even have the same wording in numerous places — and suggest coordination to ensure passage. Meral’s ballot initiative would raise $8.4 billion, while Cave’s is for $7.5 billion.

Shadow Government = No Transparency, No Accountability

This important to remember: The non-profit groups behind Meral’s, Caves’, Garcia’s and De Leon’s ballot initiatives have been feeding at the government money trough, doing little or nothing to actually help improve water storage or delivery issues, while the water deficit in California only got worse during the drought.

Droughts are naturally occurring; water deficits are government-created and political. UC Davis water experts estimate California’s annual structural water supply deficit at 4.5-5.0 million acre-feet annually, in years of drought and those with plenty of precipitation. California lacks a more developed water supply to serve the needs of its 40 million citizens, its farms and the environment.

One additional note that might explain the four ballot measure proposals’ similarities is the cluster of coordinated groups surrounding their authors, a group relationship deeply entwined in state water politics.

Resources Legacy Fund also runs the California Water Foundation as an internal project under the direction of former California Natural Resources Secretary Lester Snow (2010 – 2011), another Jerry Brown appointee with close ties to Gerald Meral, who served as his deputy secretary from 2011 to 2013. Meral now leads the Natural Heritage Institute, a benefactor of theResources Legacy Fund’s grants that, in turn, makes grants to the other green groups listed as supporters of one or both of the legislature’s bond bills.

The revolving doors at the Natural Resources Agency, Resources Legacy Fund and its Foundation show its employees move in and out of the government, knowing that when they are inside, they will grant favors to those outside in exchange for secure positions and comfy salaries when they are back outside again. All of them dance to the tune of Packard Foundation, the Rockefeller Bros. Fund, Tides Center, Pisces Foundation and S.D. Bechtel, Jr. Foundation, which shower them with millions of dollars.

Gerald Meral retired his state position at theNatural Resources Agency to assume a leadership role the following day at the Natural Heritage Institute, as director of NHI’s California Water Program. Meral’s fingerprints also are all over the language of Proposition 1, the water bond measure passed in 2014.

Also implicated is The Nature Conservancy, a named supporter of the De Leon bill. Jay Ziegler, the Conservancy’s California Water Program Director for Policy & External Affairs issued a joint press announcement with Meral in February 2016 to withdraw his eight ballot measures submissions, saying “The Legislative leadership has expressed an interest in natural resources bonds, and we are committed to working with them to place a measure on the 2016 ballot through the Legislative process. If this effort is not successful, we plan to place a water bond initiative on the November 2018 ballot. …We plan to refile our water bond initiative early next year depending on what is accomplished in the legislative arena this year.”

Meral conceived and was a long time cheerleader for the peripheral canal when he served as a Deputy Director of the California Department of Water Resources during the 1970’s for then-Governor Brown, who hired Meral, a former Environmental Defense Fund leader whom Brown had met when Meral was running an anti-dam campaign… And Brown did this despite voters resounding rejection of Brown’s 1982 plan to build the Canal through the Delta. “The Peripheral Canal has always been a project for the next century,”William Kahr wrote in the Los Angeles Times in 1990. “The fact that the issue came up at all in the late 1970s had more to do with then-Gov. Edmund G. (Jerry) Brown Jr.’s political ambitions than any actual water shortages.” Kahr was the editor of “The California Water Atlas.“

Brown now supports an updated version of the peripheral canal, euphemistically renamed “WaterFix.” The twin tunnels would be 40 feet in diameter, located 15 stories beneath the Delta to move water from the Sacramento River 35 miles around the eastern edge of the delta.

The anti-WaterFix group, Restore the Delta, filed a complaint against Meral with the Fair Political Practices Commission in 2014 noting his coordination with groups that would receive direct and indirect funding from Meral’s earlier proposed bond initiatives. Restore the Delta submitted evidence of sharing of Meral’s initiative drafts between various members of the participating groups. In one case, the California Waterfowl Association published on its website that its legal counsel had participated in drafting language for the initiative that would benefit the Association’s goals.

Gerald Meral’s checkered past may explain in part his relationship with all these players. He was found guilty of “logrolling” by the FPPC on Prop 50 some years ago — the unethical practice of soliciting money to support and fund ballot measure campaigns based for political favors.

But Meral is back. His fingerprints are all over every one of the water bonds passed since 2000, in addition to the eight measures in 2016, and the latest. And he’s working in the shadows to control California’s water future, with a lot of groups licking their lips at another big payoff, perhaps to permanently fund a “green wall” that would blunt any counter-conservation efforts here and now, or in the future.

Next Part ll: Caves, Meral, DeLeon and Garcia in coordination and still logrolling.